The presence of sewerage can be considered the first sign of the development of civilization. These days, no one can imagine what life is like without the ability to take a bath or go to the toilet or bathroom without bathroom vanity.Our store offers for your modern bathroom to buy a single sink, double sink, luxury, and affordable bathroom vanities and bathroom furniture in Brooklyn New York
However, these benefits were not always at the disposal of people. Here are some highlights from the history of modern conveniences.

1. The first examples of furniture were invented in ancient Egypt, as well as Mesopotamia, where people of the upper class could sit in armchairs and chairs, and used chests and boxes to store things.

2. The progenitors of the bathroom vanity were the usual depressions in the stones, in which water accumulated. So we can say that this invention is several thousand years old. The bathroom sink, the closest to the modern one, was first used by the ancient Greeks. It was equipped with a washstand – a mechanism of levers and counterweights.

3. During the Middle Ages in Europe, bathing was not very respected. The aristocracy was afraid to wash their blue blood and made do with a wet rubdown. But in India, even 5 thousand years ago, there was a bathtub in almost every home. The Romans turned ablution almost into a cult: their baths are very similar to today’s spa salons, and every self-respecting resident had a room equipped with a bathtub. The Greeks even had a goddess in charge of washing – Hygea, from whose name the term “hygiene” originated.

4. The ancestor of the toilet appeared three thousand years BC in Mesopotamia. A slightly later period belongs to similar devices in Mohenjo-Daro (present-day Pakistan), connected to a primitive sewer system. Its most perfect antique version is Cloaca Maxima, built in Rome in the 6th century BC. The seats were arranged in a circle, not separated by anything from each other. The division was only on social grounds; gender differences did not bother anyone. The Romans also came up with the idea of heated seats. This function was performed by the slaves who manually heated the seats.

5. Leonardo da Vinci, and then ahead of his time for centuries, offered the King of France Francis I a model of a toilet with a flush, equipped with a plan for water supply and drainage. The invention was never brought to life. Despite the fact that the mainstay of culture, Paris, during the Middle Ages was so drowned in waste products that stilts were first used to walk along the streets. Since in the warm season (especially in the rain) the streets turned into rivers of sewage.

6. Medieval ideas about the sinfulness of purity threw the ancient bathing achievements far back. Replacing the luxury of marble and gold into primitive wooden tubs. In which people rarely and reluctantly washed. And even several people at once or in turn without changing the water. Europeans began to shower normally only in the 18th century.

7. Outbreaks of typhoid and Asiatic cholera in the first half of the 19th century forced Europe to pay more attention to human needs and their consequences and to provide cities with sewage systems. But it was only in 1909 that the Spanish company Unitas began mass production of “hygienic ceramic products”.

8. The modern sit bath derives from the Japanese – a large barrel with a bench, under which there is a stove that warms up the water. The Japanese also came up with the idea of a toilet bowl that takes the owner’s tests and sends the results to the doctor via Wi-Fi.

The inventors do not sit idly by, and therefore, perhaps very soon, new original ideas for plumbing in the bathroom will appear.

Modern Vanities For Your Perfect Bathroom

Modern Vanities For Your Perfect Bathroom Bathroom Vanity Store The bathroom is probably the most “personal” room. Because in this place people relax and make 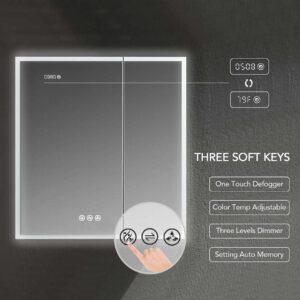 Floating Sink Cabinet for bathroom floating vanity Plumbing equipment and furniture for the bathroom determine the comfort and atmosphere in the room. Not only the

Where Can I Buy Bathroom Vanities

📌 Where Can I Buy Bathroom Vanities Places to buy bathroom vanities Modern interiors are becoming more and more functional. Every year, designers propose to

How To Choose Bathroom Showroom Near Me

Do you have a question?